It’s only April and already we’ve had some amazing films out, here’s our most anticipated films for the remainder of 2019.

The culmination of 11 years and 21 films, the Russo’s swan song to Marvel (for now). After Thanos succeeded in wiping out half of all life in the universe, the remaining Avengers hatch a plan to reverse the effects and bring back their friends and loved ones. It’s a 3 hour, bladder squeezing, non-stop ride and we’re pumped for it. In Cinemas everywhere April 26th.

Ryan Reynolds voices Detective Pikachu in this fun, live-action movie based on the Pokémon franchise. When a Detective goes missing, his 21-year old son and his former Pokémon partner (Pikachu) go in search of the truth. Rated PG, so should be good to bring the kids. In Cinemas May 10th.

An exploration of Tolkien’s early years before he wrote The Lord of The Rings and developed the world of Middle-Earth. For those book geeks out there, expect this film to dramatise Tolkien’s life and keep only the “best” parts. Nicholas Hoult stars, who seems to fit the part well. See it in Cinemas May 3rd.

In the third instalment of this adrenaline fuelled franchise, John goes up against the International Assassins Guild. He’s on the run with a price tag, so expect lots of insane action scenes and a whole lot of guns. See it on May 17th.

Although Disney may have not seen huge success with their live-action remakes, Aladdin is going ahead anyway. Hoping Will Smith will give the huge Robin Williams sized gap the credit it deserves is a gamble, regardless of how good he is. It’s the story we know, but directed by Guy Ritchie, so maybe that’s a plus? It’s out on May 24th.

James Gunn is producing this “superman horror” film, which actually looks quite good. It turns the superhero origin story on it’s head, with a boy from the stars crash landing on Earth and then uses his powers for evil. The film seems to have a huge Superman inspired backstory with many of the initial plot points and story to be like Clark’s upbringing. Should be interesting! See it on May 24th.

Who doesn’t enjoy a good monster flick? If you like the last Godzilla film, expect much of the same here. Starring Millie Bobby Brown (Stranger Things), Godzilla and other monsters fight against each other for supremacy while Earth struggles to survive potential extinction. If you’re not into CGI monsters, then maybe not for you. In Cinemas May 31st.

The last Fox produced X-Men movie, they take a second stab at the Dark Phoenix storyline (remember X-Men 3). Judging from the trailer it looks to be causing some real conflict amongst the team, but lets face it we’re just waiting for the mutants to show up in the MCU. In Cinemas June 7th.

Agent H and Agent M team up to tackle a mole within the MIB organisation. The trailer has the usual comedy attempts which sees the new duo travel from Paris to London. We didn’t ask for this sequel, but we got it. It’s out on June 14th.

Just when you thought Zombies were… dead, another zombie comedy comes along! This has a stellar cast, but as movie history goes that’s not always the winning recipe. The trailer looks good and I love Bill Murray, so let’s hope it’s a winner when it release on June 14th.

Once again, another sequel we didn’t want or need. Pixar clearly need to cash in on this franchise before it’s really washed up. This time we see the toys with “Forky” a toy made out of craft items that is certain he’s not meant to be a toy. I’m not convinced, especially since the 3rd instalment wrapped up everything so well. See it everywhere June 21st.

The latest film from Danny Boyle, Yesterday asks the question “what if only one person remembers The Beatles?” Jack is that one person and he’s capitalising on it. The trailer looks great and with Boyle behind the film, I’m sure it’s going to be fantastic. If you love The Beatles, expect the soundtrack to be filled with all your favourite tunes. Out on June 28th.

Our favourite wall-crawler is back! A bit of a spoiler for Endgame, seeing as the last time we saw Peter he was being turned into space dust. This time, Nick Fury (wow, alive!) enlists Spider-man to help him fight some elemental monsters tearing up cities. Jake Gyllenhaal makes an appearance as Mysterio, who seems to be a good guy… Hmmm. It’s out July 5th.

Disney are at it again, this time two in one year! Hoping that Aladdin is hugely successful, this time it’s a CGI “live-action” remake of the 1994 classic with another all-star cast.. You know the story: Mufasa dies, Simba runs away and Scar makes a mess of the Pridelands. It’s sure to be a hit with the younger generation, out July 19th.

The New Mutants is a horror film about a group of young mutants being held in a facility. Discovering their powers, they fight against their own demons and attempt to escape to freedom. Not much to go on from the trailers so far, I’m sure a more comprehensive trailer will be out closer to it’s release on August 2nd.

After the incredible success of It in 2017, it wasn’t long until the sequel was underway. Set 27 years later, the Loser Club returns to Derry to defeat Pennywise once and for all. Featuring James McAvoy, Jessica Chastain and Bill Hader; see it September 6th.

Joaquin Phoenix takes on the infamous role of Joker, in this standalone origin film. Although there’s no official origin of the Prince of Crime, the most commonly accepted is his backstory of being a failed comedian. There’s been no confirmation of Batman or any other characters as of yet. In Cinemas October 4th.

In Zombieland: Double Tap, the original cast gather for the sequel 10 years later, undeniably one of the best zombie films of the last decade. There’s not much to go on with this at the moment, but expect more of the same with our favourite 4 zombie killers. See it on October 11th.

We didn’t need it, still not sure we want it but Terminator 6 is now “Dark Fate”. Linda Hamilton and Schwarzenegger are back to reprise their roles, but we’re still not sure on a plot. In Cinemas November 1st.

The government is after Sonic, presumably due to him being a fast blue hedgehog and a cop from Green Hills is going to help him escape. Voiced by Ben Schwartz, there’s already been some backlash on his look. See it on November 8th.

We all knew it was coming and after the critical and commercial success of Frozen, the whole gang is back for the second instalment. The initial trailer didn’t give much away, but we know Elsa and gang are heading deep into the forest to learn more about the ancient powers and mystery surrounding their kingdom. Out on November 22nd.

For me, this is my most anticipated of the year after Avengers: Endgame. The trailer dropped yesterday and although Last Jedi had mixed responses, I’m still hyped for the last film in this trilogy. There’s not much plot details from the trailer, but there looks to be a bit of a time jump with Rey practising and learning from the ancient Jedi texts. The name leaves a lot of questions also, especially since the last Skywalker seemingly died at the end of the last film. See it everywhere December 20th.

Well there we have it! Our picks for the remaining films to come out this year. I’m sure there’s things we’ve missed, so let me know your thoughts in the comments below. 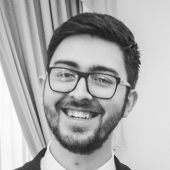